The documentary “The Dream of a Horse” made its way to the 62nd Krakow Film Festival in Poland.

The documentary “The Dream of a Horse” directed by Marjan Khosravi and produced by Sajedeh Saraei and Milad Khosravi entered the competition section of the 62nd Krakow Film Festival in Poland. The Krakow Film Festival is one of the oldest festivals in the world, qualified by the Oscar, the BAFTA and the International Federation of Film Producers (FIAPF). The 62nd edition of the festival will be held in person from May 29 to June 5 in Krakow, Poland, and online from June 3 to 12. “Dream of a Horse” narrates the life challenges of a 15-year-old nomadic girl. The film will compete with 12 films in its world premiere in Krakow, Poland. Other casts of this documentary are: Cinematographer: Mehdi Azadi, Editor: Loghman Sokhnour, Sound Designer : Arash Ghasemi, Color and Light Correction: Hamidreza Fatorehchian, Executive Producer : Mahmoud Noor Mohammadi 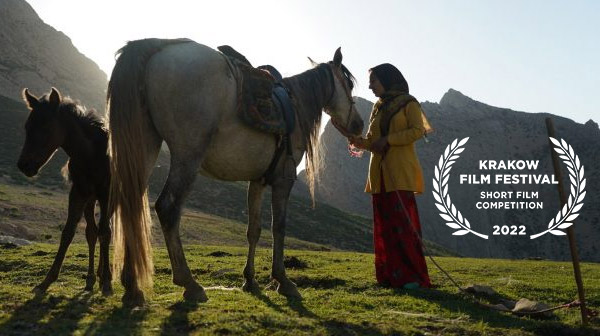